Dear all today was a great morning for the 16 members of the RAAFA Cairns Branch that attended the Bomber Command ceremony 2014, the morning tea was wonderful and as usual Cairns RSL staff look after us all extremely well. 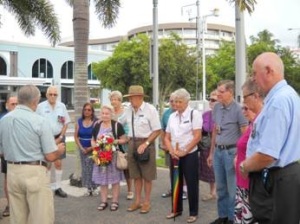 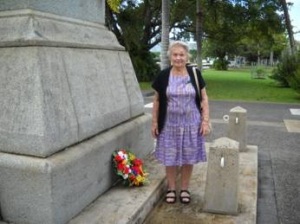 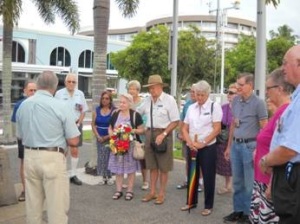 The wreath was played by Daphne Jackson Wife of the late Flying Officer William (Bill)Jackson WWII Bomber Command Veteran assisted by Brian Fowler, it was a very moving ceremony as, 2013 ceremony was the last ceremony for Bill Jackson he past away soon after.

The Video below is of the Ceremony held in Canberra on the day of the official event.

Australians who served in Bomber Command have been commemorated at a service at the Australian War Memorial.

All 9 of us had a wonderful time The service was fantastic and was the morning tea after the service, the following members carried out the official duties regarding the commemorative ceremony.

Wreaths placed by the following Members and epitaph reading:

Mr John Auger on behalf of the RAF and RAF Association UK. 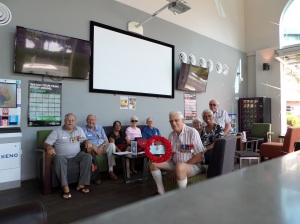 All 9 members that attended the service. 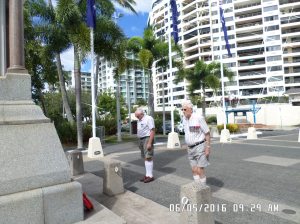 Left to Right: By John and Roy on behalf of the RAF and RAAF Associations. 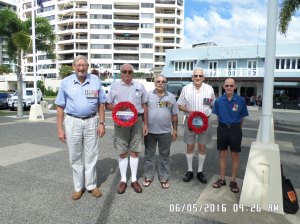 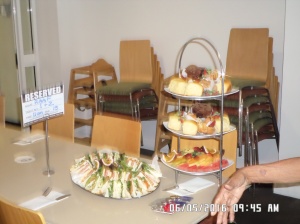 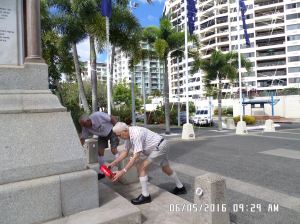 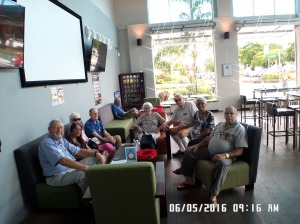 The reading Bill presented was fantastic a true reflection of the bomber command worriers of the sky and their escorts, along with their ground crew and for those who did not return and for those who did return. Words cannot express our true feelings and everlasting thanks for our wonderful peaceful life free from tyranny and oppression.

To Bill a very special thanks for the Reading of the Bomber Command epitaph Snr Vice President of the RAAFA Cairns Branch as always Bill, your speeches and other epitaph’s are among the very best and always reflect the true character of the people of which the epitaph refers to.

We all retired to the Cairns RSL Sub-Branch for morning tea, and a special thanks to the staff of the RSL it was a fantastic feast from the side of the Chefs’ and greeted by the dining room staff fantastic friendly service as always. We were treated like royalty by all staff members both kitchen and dining room alike a very special thanks to all. Very much appreciated from the RAAFA Cairns Branch Members and Executives.